Blog - Latest News
You are here: Home / What are they? / Salt spray test to check corrosion resistance 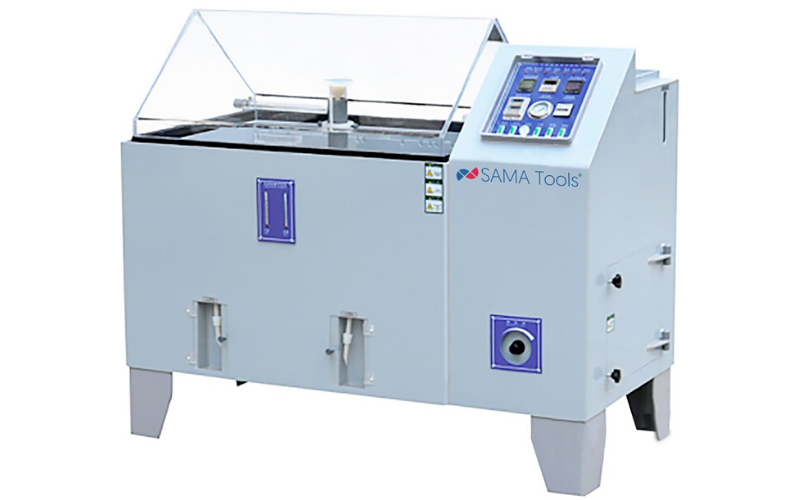 What is the salt spray test?

During the salt spray test, an accelerated corrosive attack is produced in order to predict the coated samples suitability in use as a protective finish.

How the test works?

Tests are carried out in a closed testing chamber.

A salt-water solution is applied to a sample through a spray nozzle.

The appearance of corrosion products (oxides) is evaluated after a period.

The more corrosion resistant the coating is the longer will be the period in testing without showing signs of corrosion.

Tests can take between 24 and over 1000 hours for certain coatings. 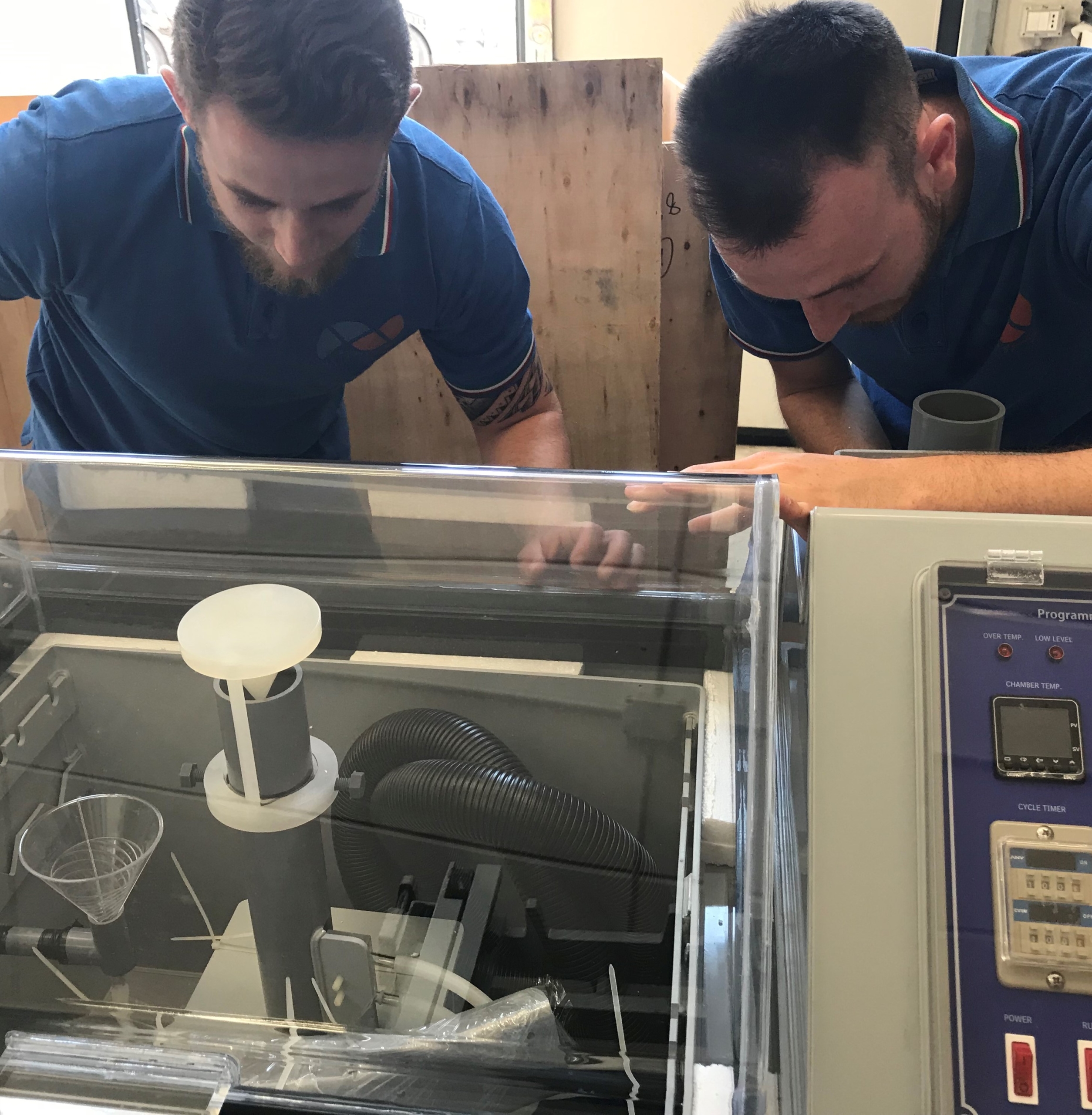 Which is the UNI reference standard?

It defines the equipment, reagents and procedures that must be used to perform the tests in neutral salt spray (NSS), salt spray-acetic (AASS) and cupro acetic salt spray (CASS).

The aim is to evaluate the corrosion resistance of metallic materials, with or without permanent or temporary anti-corrosive protections.

The standard does not indicate the duration of the salt spray tests since it is indicated by the product standards. 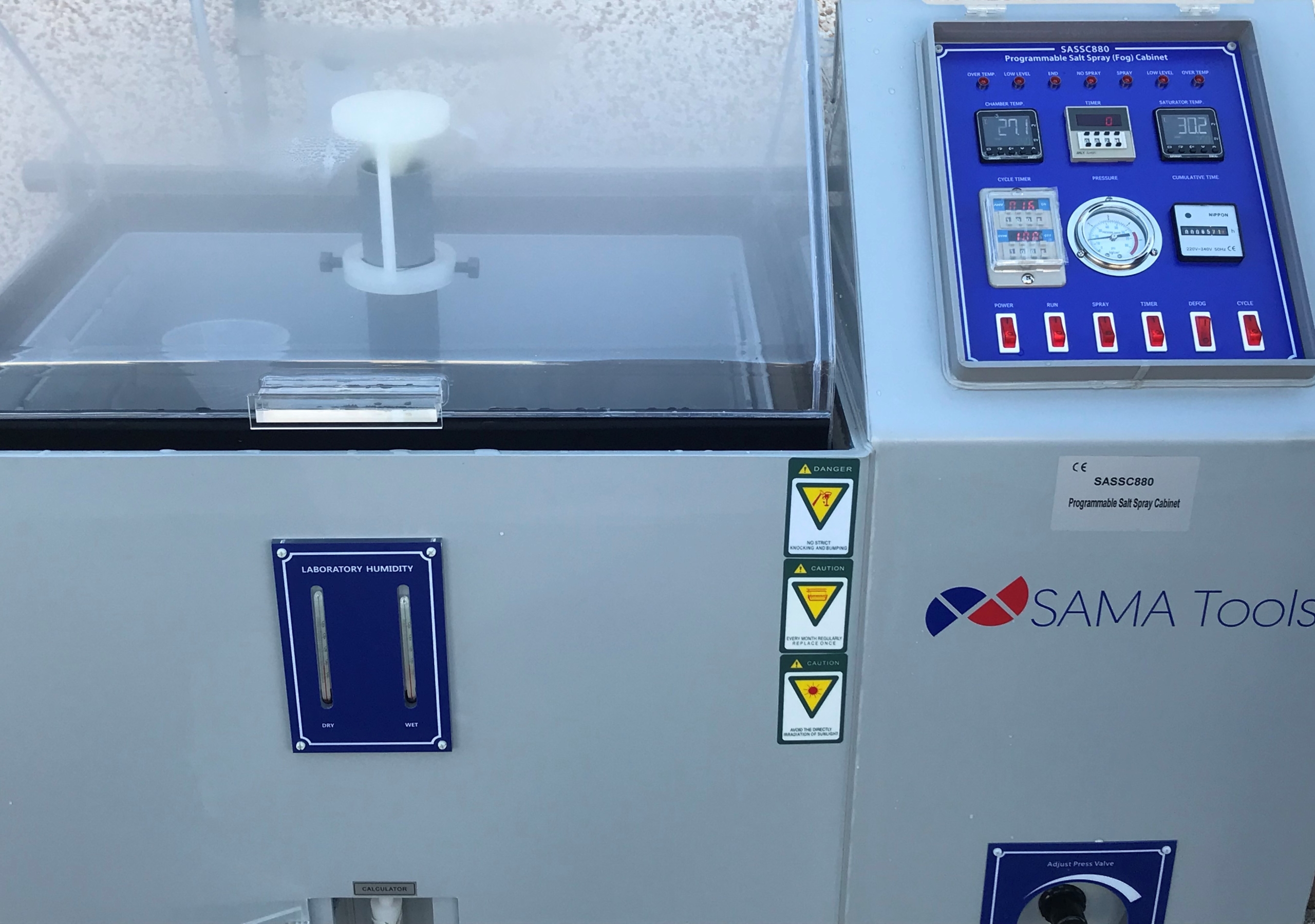 Why a salt spray cabin is so useful?

The resistance results of a material or coating to corrosion in a salt spray test is useful to determine the strength of a particular fastener or coating for the purpose of your production needs.